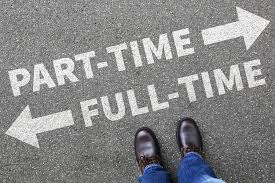 Colin Kaepernick reason for his protest was clearly stated, he is protesting police brutality with regards to people of color and how we receive no justice because of police brutality. The media, fans, a government is trying to change the narrative, they are stating this protest is disrespectful to the veterans. Honestly, they have done a good job at changing the narrative, the country is divided. There are many people who believe the players are disrespecting the veterans. The other day I was a post on twitter where someone posted a picture of a soldier’s coffin with the flag on it and his wife next to the coffin crying. The statement was (paraphrasing) “How could you see this and take a knee.”  Since people are so concerned about the veterans and feel the players are disrespecting veterans let’s talk about how the veterans are being really disrespected and these patriots are not upset about these issues.

Secondly, health care for veterans. There is a high rate of veterans who are mentally ill and homeless. Why aren’t the part-time patriots outraged about this?  The recent Graham-Cassidy health care bill that was supposed to replace Obama Care was opposed by veterans because the bill would have harmed veterans. Luckily the bill did not receive the necessary votes but for some reason, no one was concerned about the veterans. The way the current health provided to veterans is good if the veteran has access to a VA hospital but many veterans do not reside near a VA hospital. These veterans who do not live near a VA hospital must see private physicians, once the veterans see a private physician the way the health benefits are structured changes meaning theirs out of pocket expenses increase.

I contest that these part-time patriots do not really care about veterans because if they really cared about veterans there are more pressing issues to address. I believe everyone in this country admires and respects veterans, veterans have made the ultimate sacrifice. Arguing that NFL players are disrespecting the veterans by kneeling is a ludicrous point of view. I would like to see the same energy for issues the really affect veterans lives and livelihoods.